My Job Candidate Used to Work for a Conspiracy Theorist!

Content Therapy is Managing Editor’s monthly advice column, in which Paul Chaney, the wisest marketer we know, responds to your questions about the messy dilemmas content marketers face in their work. We are (obviously) not licensed therapists. Or lawyers. Email us your questions at hello@managingeditor.com.

Should I Hold a Candidate’s Previous Job Against Them?

Dear Content Therapist: I have primary hiring authority on my team. One of the people who applied for a creative role had worked for a notorious right-wing conspiracy theorist for several years. He had quit the job, publicly disavowed the organization, and apologized for the (demonstrably awful) impact of his work during that time. In theory, he was well qualified to do the job – overqualified, really – and I generally favor giving people second chances when they recognize their mistakes. But I struggled with how I would explain his background to our clients, and I had other highly qualified candidates who didn’t come with that kind of baggage. I passed on interviewing him. Should I have given him a chance?

Paul Chaney: That’s a tough one. On the one hand, I can see why you would take a pass. On the other, if the person has “quit,” “disavowed,” and “apologized,” doesn’t he deserve a shot at being interviewed?

Let’s look at it from four perspectives.

Do you weight the scale in favor of what your clients may think or the person’s abilities, despite his lack of judgment in the choice of employers?

Do you let your conscience be your guide and go with your gut? You said you generally favor giving people second chances when they recognize their mistakes. Why would this be any different?

If the candidate had come from an organization on the opposite end of the political spectrum, would you have felt differently?

As an employer, you have a choice of whom to interview, with one exception: It is illegal to refuse to interview a candidate based on forms of discrimination that are prohibited by law—i.e., you can’t refuse to interview someone because of their religion, race, national origin, sex, age, or disability.

Does this prospective candidate’s issue fall under any of those criteria? Nope. It doesn’t appear to, which means you are not legally bound to interview him. You also do not have to tell him why you’re choosing not to conduct an interview—although if the person has any common sense at all, he will figure it out pretty quickly.

Will that open you up to a lawsuit? In today’s litigious culture, people sue for all manner of reasons. Heck, one man sued Budweiser for failing to attract beautiful women! (He was drinking Budweiser, so perhaps a distinct lack of taste factored into his failure.)

But, I reiterate: Outside of legally-binding criteria, you have no obligation to interview the person. Most people who submit resumes and job applications aren’t.

And yet … If you had asked me beforehand, I would have encouraged you to give the person a chance and hire based on the best candidate for the job. If it happened to be this person, you could deal with any client pushback when and if it occurs with sound reasons and facts in hand.

Dear Content Therapist: I work in content marketing, and besides managing assignments that come from my boss on the marketing team, I also have to field requests from other members of the leadership team at the company. One member of the sales team comes to me frequently with examples of content published by our competitors, insisting that I “make something just like this with our brand on it.” It’s generally pretty generic content, so I probably could write something similar without being exactly the same. However, it still feels too close to plagiarism to me, and we have plenty of other original ideas to pursue. I’ve successfully deflected him a few times, but the demands are getting more regular, and he’s pressing my boss for me to “collaborate” with him on more writing projects. How can I get him to see that this is a bad idea?

If it makes you feel any better, you are certainly not alone in that situation. I have “been there, done that” myself more than once.

To be fair, let’s apply a little psychology to the situation.

Think about where the salesperson is coming from. Salespeople are tasked with meeting sales quotas every month. If they are unable to, sooner or later, they will be hunting for a job. The sales manager would have given them their walking papers. So, it makes sense that they’re looking for anything that might give them an edge—even if that means slapping your brand on what basically consists of a competitor’s content.

On the other hand, as a marketer, you and your team have thoroughly researched the market, developed specific buyer personas, surfaced any questions, problems, and issues the target audience might have and done your best to address those with the substantive content.

It’s not that your respective goals are different, just that you and the salesperson approach them from different angles. Your job is to build brand awareness to attract potential customers, drive and qualify leads, and refer the good ones to sales. Sales’ job is turning those leads into paying customers.

So, do you throw the salesperson a bone and create some piece of pablum to get him off your back? Do you stand your ground and state matter-of-factly that you have no intention of fulfilling such a request, then hand him a copy of your marketing strategy document to justify your reasoning?

Do you invite the salesperson for coffee (or something stronger) and have a friendly conversation, giving him a chance to explain why he wants such a piece and what value he sees in it? Listen carefully. You might have to climb down off your marketing high horse and learn something from this pesky salesperson.

Perhaps you’ll find his request not to be too out of hand. (The competition developed the content he’s pressuring you to create for some reason.) If nothing else, you stand a better chance of getting him to understand your perspective.

Oh, you said the salesperson is pressuring your boss to get you to respond. Are you laying out your case as to why you haven’t? Is the decision solely yours to make? It seems to me that should be part of your boss’s responsibility.

Part of marketing’s job is to support sales. If they can’t do their job effectively, you may not have one. Take the time to meet with the salesperson and see if you can’t find common ground where you satisfy his request while not sacrificing your quality standards.

Disclaimer: The advice offered in this column is intended for informational purposes only. It is not intended to substitute for advice from a licensed mental health provider, health care provider or legal professional. 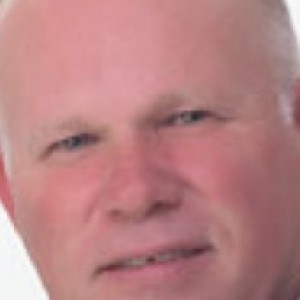 Paul Chaney is a freelance B2B writer, editor, blogger, journalist, marketer, ghostwriter, and author (that was a mouthful!) with more than 25 years of experience in the content marketing space. As president of Prescriptive Writing, he creates content that helps brands connect with their customers in meaningful, substantive ways.

How to Vet Guest Blog Contributors

Diversity, Equity and Inclusion in Marketing