While David Vallance didn’t always know where his career path was headed, it was clear he wouldn’t follow in his parents’ footsteps. They took vocational career paths, one as a calibration engineer and the other as a speech and language therapist.

Meanwhile, David went to college for English literature and philosophy — “Hello, recruiters! Line up, line up!” he jokes. Then, without a clear career path, he fell into marketing with an editorial internship at a beer magazine. David sidestepped into digital marketing from there.

Though his foray into marketing and writing might be somewhat accidental, that doesn’t mean David takes his work lightly. His current role as senior staff writer at Campfire Labs, where he’s able to focus on high-quality editorial work, reflects David’s careerlong desire to take on increasingly ambitious projects.

As the projects have scaled, his approach has remained consistent, whether he’s writing about beer or interviewing his favorite marketers. He points to the basic importance of finding people with great stories to tell and highlighting them. David says publications need that mix of storytelling to balance out the other content.

“A magazine composed solely of reviews won’t survive,” he says. “You need the stories about the dude who set up a commercial brewery in his apartment (true story) and the women reclaiming the brewing industry (when brewing became an industry rather than a domestic task, men took over).”

Lately, David has been gratified by the fact companies now understand the need for deeper integration between marketing and other business units. Interviews with subject matter experts are one example of this. It makes our jobs (and lives) so much easier when we’re offered the meeting instead of fighting for it, right?

“Five years ago, you had to fight tooth and nail to secure half an hour with an engineer or executive. Today, organizations get that content is a team sport,” David says. “Take the last project I wrapped up before Christmas. Within two days of our kickoff, our stakeholder had introduced me to the relevant department leader, a senior manager and an experienced IC. It was amazing.”

The Power of Empathy Interviews

At Campfire, David was introduced to empathy interviews, which are a tool in design thinking used to explore challenges.

“With empathy interviews, you ask open-ended questions and active listening to dig into customers’ pain points, needs and goals,” David explains. “That sounds a bit vague, I know. Techstars has a great toolkit for running them. And here’s a good example interview.”

Campfire bills itself as a “radically kind” company. When asked to explain what that means in practice, David says “the more I’ve talked about it, the more I think it needs to be renamed ‘this should be the default’ kindness.”

David notes that many organizational policies are harmful, and for no good reason. “For example, how many companies encourage or pressure ill employees to come in? A lot. When they do so, they have an ill (and likely disengaged/low productivity) employee infecting everyone else. Great,” he says.

Many companies are too slow to try new things, even when there’s evidence for their effectiveness, with David citing four-day workweeks as an example. “It’s like, ‘Do you want to give your employees 50% more free time for zero cost to your company?’ Of course. But most stick with the status quo because … well, if you know why they do so, please tell me.”

Where Great Ideas Come From

To keep his content ideas fresh and relevant, David is a self-described lurker, which doesn’t have to have a negative connotation.

“Find where your customers hang out and be there, too. When I was doing marketing work for Campfire Labs, I spent a ton of time on Superpath and Top of Funnel. I lurked and read and learned,” David says. “Every time an interesting, inspiring, or contentious topic came up, I added it to our backlog. The notion that you can develop a content strategy in isolation from your customers is bonkers.”

On a forward-looking note, this year, David wants to kick-start his personal writing practice. He wrote and self-published two novels during the pandemic, which taught him a lot. “The process was incredibly hard, and I learned so much — writing to market, audience research, co-marketing, etc.”

Professionally, David wants to work his way into more client strategy meetings and continue learning from shared ideas, knowledge and strategy. We look forward to seeing more empathic, kindness-centric content coming from him and the Campfire team in 2023! 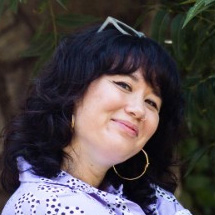 Nikki Carter is a freelance writer-editor. She has a BS in Marketing and an MBA, as well as certs in Salesforce, Google Analytics, and HubSpot. She runs a monthly newsletter, Will & Way, and is querying her first novel for publication. When she isn't writing, you can find her reading, drinking decaf lattes, or hanging out with her partner and their two cats in Houston.