How Sage’s Melissa Romo Looks for the Big Idea

When you need laundry detergent, how many choices do you usually have? Whether you’re scrolling on Amazon for the best price per ounce (does this just happen in my house?), or walking down a long aisle of good-smelling options, you’re probably overwhelmed by choice and marketing messages.

But now imagine you’re working in Warsaw in the early days Post-Communism, trying to launch the first brand of detergent. For decades, the state-produced detergent has been the only option. There’s been no concept of having a choice in what to buy, let alone an idea of a brand.

That’s exactly where Melissa Romo found herself early in her marketing career. It was a wake-up call to the staggering amount of choices we, especially as Americans, take for granted. And it’s just one nugget of insight she’s gained during her career, which has taken her through roles in advertising and marketing to writing and publishing her own novel, and back into the corporate world of content marketing.

Now Melissa is the global head of social media and content for Sage, leading a global team tasked with creating B2B content across all formats and channels, including the award-winning Sage Advice blog.

Melissa has a big job, and I asked her how she’s seen marketing change, how she finds new ideas, and what she’s learned as an editor and leader.

How have you seen marketing and content marketing evolve?

When I first started my career, there was an internet, but it wasn’t really used the way it’s used today. To present your message to the world, you had to go through intermediary media platforms. If you had an ad, you had to find a magazine that you could pay to put your ad in.

With social media, those barriers came down. Marketing and content marketing have evolved simply because the channels through which we can market are pretty much limitless now. You can reach your audiences in ways you never could when I first started in advertising.

And by the way, I wish there was a different word for content. The idea of content refers to so many things: sales sheets, marketing guidelines, brochures, even software codes! When I started creating a content team at Sage, I probably spent the first six months of my time explaining what content was and why we needed a content team.

So what was your pitch? What do you think content marketing is all about?

Now, there are so many channels and opportunities, and a lot more noise. It’s harder for us to think about the audience. Usually, when content is requested, it starts with a format. “We want an infographic, we want an ebook, or, we want a video.” We’re not thinking about who the audience is and what they’re actually going to care about. It shouldn’t be hard because we have the tools to understand our audience.

Working in digital media can be a noisy, distracting job. What’s your advice for staying focused on what’s important?

As marketers, we definitely need the PowerPoint slides describing the whole digital journey. But it’s very, very hard to step back from all of that and say, “What’s the big idea here? What can get somebody to stop and think differently?”

In my view, the sanctity of a great idea has gotten lost.

My first piece of advice is to be the voice in the room advocating for the big idea. Be the one person in the meeting who asks, “What’s our big idea here and why do we think it matters?”

Second, document great ideas you see, whether they’re inside or outside your company. Then, dissect how the idea is working. How did this company manage to raise this big idea, and present it in a way that I’m following it and engaging with it?

Keep that list close and reference those ideas when you need to give an example to your team about where a particular project can go.

You’ve also published a novel, “Blue-Eyed Son,” based on the time you spent living and working abroad in Poland. How did that experience shape what you’re doing now?

One of the things I learned was that the real writing doesn’t happen in the first draft. It happens later when you have to edit. And that’s the way it should be because it’s much harder to say things concisely.

Running a content team for a large global company is no easy task. What characteristics do you look for in your team members?

I like people who are positive and can stay positive, and who believe in the audacity of a great idea.

In a very big company, a lot of people are afraid of pushing a big idea ahead or easily get bogged down in red tape. I like people who can just brush that aside and remain positive.

As a global team, in a single day it’s very typical to toggle between conversations with a VP in Atlanta, another VP in Germany, and then have a call with the French and the British teams — each with different business contexts, cultural perspectives and competitive environments. So I also look for team members who aren’t flustered by continuous hurdles, because that’s really what it’s about when you’re a part of a global effort.

I love this advice about looking for positive people. And with Melissa’s experience and outlook, I can see why she was recently nominated for the Sage Diversity & Inclusion Awards 2018 in the category of “Inspirational Woman of the Year.”

Thanks for sharing your perspective, Melissa! 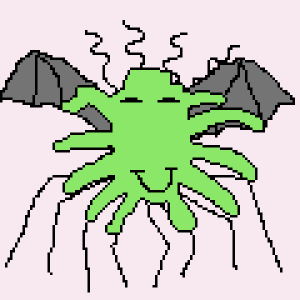