As a brand, do you know who you are, where you stand and how ready you are to fight? If you’re a challenger brand, you’d better. It’s your only hope for survival while fighting competitors who are bigger, more capitalized and far more prepared to slug it out in a broad, prolonged brand war.

Challenger brands are the brands chasing the category leader. They’re scrappy, with big ambitions and resources that are anything but. Challengers can’t outspend their competition. They have to outthink them instead. Challengers disrupt not by playing the game better, but by changing it.

If that’s who you are or who you want to be, disruption starts with telling your story authentically.

Who Are You for?

Famous challenger brands such as Red Bull, Southwest Airlines and Motel 6 are very specific about what they have to offer and who they’re for. They’re also not afraid to position themselves away from customer groups that aren’t in their crosshairs.

Red Bull isn’t for women having a soda over lunch. Southwest Airlines isn’t for people who like to fly first class. Motel 6 most assuredly isn’t for the traveler who wants something more than a clean room at a great price. Challenger brands aren’t afraid to limit their appeal at the expense of alienating those who’ll merely tolerate them. They’re laser focused on people who’ll love them.

The benefit? A fervently loyal core customer base. Not just customers, but brand evangelists who aren’t afraid to tell anyone who’ll listen just how much they love you.

Why People Love the Underdog

As humans, our love for the underdog and our desire to cheer for the challenger against overwhelming odds isn’t simply a learned social convention or the pull to join the crowd. It’s a primal evolutionary trigger: A mix of sympathy, empathy, competition and a sense of fairness.

In branding, understanding that pull toward the challenger and channeling it in your authentic voice is the key to creating the kind of content that’ll reach your core audience.

Why do we care so much about underdogs and challengers? On the surface, it could stem from our cultural intolerance of bullies and the notion that it’s unfair to pick on someone or something smaller than yourself, coupled with our competitive nature. But if you dig a little deeper, four other integral reasons reveal themselves that make us cheer for the underdog.

We Love a Great Story

From early cave dwellers to the ancient Greeks, and from Shakespeare to modern man, every civilization the world has ever known has had and revered people who could tell a great story. Stories help us see our place in the world. They frame light and dark, right and wrong, life and death. Underdog stories give us something to cheer for and, often, something to aspire to.

No stories are more heartwarming or more inspirational than those of challengers overcoming unbeatable odds. We cheer for them every time. This means that when your content gives your audience something to connect to, they’ll cheer for you, too.

Every culture has “haves” and “have nots” — those who are blessed and those who are less fortunate. Whether an underdog is defined by physical size, race, gender, nationality, orientation, political views or religious affiliation, we can all recognize them. We know how the underdog’s story ends most of the time. But we’ve also seen them pull the upset and win against all conceivable odds. That’s what we cheer for.

When We Look at Challengers, We See Ourselves

Everybody’s personal story unfolds in a different way. But at one time or another, we’ve found ourselves in the role of the underdog. On any given day, any one of us could be the underdog fighting against the odds and battling the unfair. Because of that, it’s easier for us to empathize with others fighting uphill battles.

When you frame who you are and invite your audience into battle, many will happily pick up a sword. Underdogs stick together, and because we’ve all identified as challengers at some point in our lives, it’s a story that resonates every single time.

Underdogs Prove Anything Is Possible

Just as the night is always darkest before the dawn, the moment when the odds seem the most improbable is often when those with bigger hearts remind us that miracles can happen — on the ice in Lake Placid, in a boxing ring in Tokyo or on a basketball court in March.

Underdogs give us hope not just for their futures but also for our own. Our love of the challenger extends across every facet of our lives, from sports and entertainment to business and philanthropy to religion and politics.

Take a good look around you. Underdogs are just about everywhere, and it always feels good to be part of the narrative when a challenger succeeds.

Culturally, Challengers Are Who We Are

We’re a nation of challengers, with underdog stories all around us. We can’t escape them.

As a challenger brand, the key to creating engaging, sticky content is authentically tapping into your underdog story with the express intent of resonating with those who love you. Don’t be afraid to be who you are, to speak in your voice and to channel your unique culture into the content you create.

The last thing the world needs is another inauthentic brand generating content that sounds like every other brand. Be bold. Be brave. Be real. Lean fully into who you are, and you’ll find your fervently loyal brand evangelists. 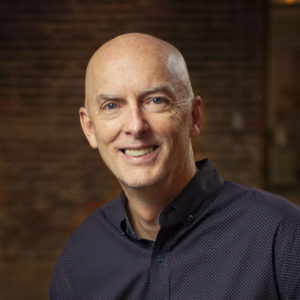 Mike Sullivan is president and CEO of LOOMIS, the country’s leading challenger brand advertising agency. For more than 30 years, he’s helped some of the country’s most successful companies build their brands. Michael Tuggle (co-author) is an award-winning creative director and writer with more than 25 years in the ad world building brands and growing companies. Their book is “The Voice of the Underdog: How Challenger Brands Create Distinction by Thinking Culture First” (BizComPress, 2020).