Coleman is co-founder and CEO of Contently, a content marketing platform and freelance marketplace that industry analysts rate as a category leader. By early 2019, Contently had more than 200 corporate clients and had paid out $43 million to the 144,000 freelancers who had created portfolios on the site, indicating their availability for work. Since its 2010 launch, the company has raised more than $19 million in financing.

As is typical of software startups, Contently prioritized growth over profits, so it has operated at a loss as it has built out its network. Lately the company has taken steps to change that. It reportedly laid off some staff and closed a London office. And in late February, Coleman announced that Contently would start charging freelancers a 4.75% fee to cash out earnings from work done on the platform.

The reaction from freelancers was immediate and overwhelmingly negative. Some took to Twitter and Facebook to denounce the plan. About 200 contacted the company threatening to quit. About 40 did leave, according to Coleman. Within days of announcing the plan, he had a change of heart and scrapped the proposed fee. As of last month he was looking at other, as yet undisclosed, changes to boost revenue and cut costs.

“Our focus is on becoming a profitable, sustainable business that’ll be around for a long time,” Coleman says.

Just how that will happen is the question of the day.

Contently and competitors such as Skyword and NewsCred that combine content marketing platforms with freelance marketplaces are at a crossroads. Content marketing has become a staple of marketing and sales efforts at companies of all sizes. Organizations continue to pour money into their “stack” of marketing technology applications. But niche providers face stiff competition from larger generalist freelance platforms and a plethora of workplace apps that make it easy to collaborate with independent contractors, manage projects and pay 1099 workers. Financing that helped content marketing platforms get their start earlier in the decade has all but dried up, leaving many vendors to run on cash flow and whatever they’ve saved from now-distant funding rounds.

Meanwhile, many content marketing units — both in-house departments and the agencies they work with —remain tech-shy, managing their content programs and the talent needed to run them without apps or platforms.

Based on feedback from the content marketing managers I interviewed, many in-house departments and outside agencies still lean on their existing networks or word-of-mouth to find freelancers for content marketing work, and don’t feel the need to use platforms to manage or pay them.

Daniel O’Connell says he looked at platforms for the B2C and B2B technology content marketing programs he runs on behalf of clients such as LG Electronics and Harman. But he continues to rely on a network of contributors whenever and wherever possible. “There’s great trust and no learning curve,” says O’Connell, managing director of Brand Definition in Portland, Oregon.

There’s a lot of buzz around apps like content marketing platforms, which leads some people to flock to them as the next big thing. “Then people realize that the fundamental problems still exist,” namely producing nuanced content that’s informed and accurate and that meets clients’ specific needs, O’Connell says.

The former content marketing platform executive, who asked to speak anonymously because he still works in the industry, concurred. “Most organizations hire a smart content marketing manager or team, and that team is generally well-equipped with a Rolodex of able bodies,” he says.

The Rise of Big Freelance Platforms

When they do look for an app, more marketing managers are turning to large platforms like Upwork and Fiverr, which lately have made inroads into the content marketing business. In February, Fiverr acquired ClearVoice, a 5-year-old content marketing platform and online talent network, to add content management capabilities to the company’s existing freelance network.

At Upwork, content marketing is one of 70 categories of work for which clients can find available freelancers, and one of 20 that in 2017 generated $20 million of business through the site, according to the company.

Jason Ferrara says he uses Upwork when he can’t find a freelancer in his existing network with the skills he needs for a specific project, such as video production or transcription. Ferrara, chief marketing and strategy officer at OutMatch, a hiring analytics software company, says Upwork makes it easy to find high-quality freelancers or take someone off a project if they don’t work out. He likes being able to see reviews of freelancers and sort potential collaborators by their ratings. The biggest challenge, he says, is creating the job posting: “If you don’t put the work into the posting side of it, you probably won’t attract high-quality freelancers.”

Upwork recently announced its own form of a freelancer fee. Beginning May 2, the “Connects” tokens that freelancers need to bid on work on the platform will cost 15 cents each, and freelancers will no longer receive a certain amount for free each month. Bids will cost between one and six Connects depending on the duration or amount of work involved.

The new fee is intended to reduce the number of bids from unqualified freelancers, which should help bids from more qualified freelancers stand out, says Hayden Brown, Upwork’s chief marketing and product officer. Upwork doesn’t expect the change to produce additional revenue. But it should cut back on the number of proposals that a corporate user has to review per job posting, Brown says. “When we talked to clients as we were considering this, they told us that many times for desirable jobs they get more than 100 proposals, and that it’s difficult to read all of them and they feel bad not reading all of them,” she says.

Enterprise-level companies have been one of Upwork’s fastest-growing customer segments. Today the platform counts more than 30% of Fortune 500 companies among its clients, including General Electric and Microsoft. Upwork doesn’t see a lot of direct competition from niche content marketing platforms when competing for that business, Brown says. “If companies are talking to us, they’ve passed what they can accomplish” on those platforms, she says.

Smaller vendors claim not to be affected by new competitors. Skyword, which like Contently and NewsCred helped pioneer the niche content marketing platform industry about a decade ago, is responding by expanding what it offers. In October it spent some of the $30 million it raised earlier in 2018 to buy TrackMaven, a marketing analytics company, to add to its suite of marketing tech tools. “Marketers want a simpler, more effective tech stack, and we’re capitalizing on our growth and success in the capital markets” to do that, Skyword CEO Tom Gerace says.

Vendors that specialize in producing high volumes of content for SEO purposes without focusing on quality and experience are going to have a tough time providing the more strategic type of content that enterprise brands want, Gerace says.

“They haven’t thought about how you do gap analysis or benchmarking, or how you build a strategy so all content is tagged and organized by audiences you’re trying to reach,” Gerace says. “They might be able to bring talent to create individual pieces, but that’s only one part of a larger puzzle.”

Skyword’s experience has been buffered by the capital it has raised, but other companies haven’t been as fortunate. Industry-wide, venture capital investment in content marketing platforms peaked from 2014 to 2016, when investors did 15 deals that poured more than $300 million into the top dozen or so startups in the market, as identified by analysts such as Gartner and Forrester Research. Since then new capital for content marketing platform vendors has slowed, with investors closing only nine deals worth an aggregate $72 million.

Lack of new funding could be one reason for an uptick in mergers and acquisitions. Industry insiders expect to see more. “Our hope is we’ll be able to execute on transactions this year and next,” Gerace says. But he says he foresees a slowdown in new marketing technology platform startups overall as existing companies focus on improving existing workflow and data offerings.

As for Contently, Coleman aims to get the company into the black by the end of 2019 by recalibrating marketing and sales activities to drive network growth, and by adding features and products based on freelancers’ input. He claims not to be interested in being acquired or pursuing another type of exit. “We see companies in other fields moving into the content space all the time, and that shows us we’re ahead of the game,” he says. 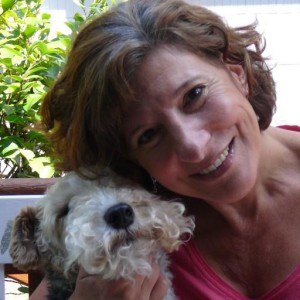 Michelle V. Rafter is a Portland, Oregon, business reporter who covers the future of work, including freelancing, workplace technology and the gig economy.

The Dangers of Automated Email Personalization